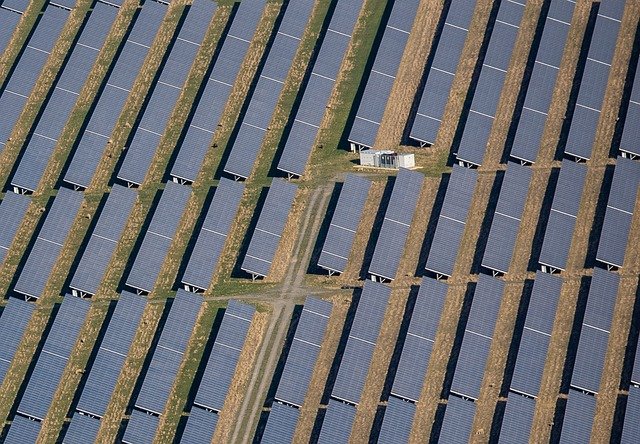 2022 is to be the year when the post-subsidy construction and deployment of solar farms is set to soar. Not only is there a huge number of projects in the pipeline but individual sites are getting increasingly larger. Under the Feed in Tariff and Renewables Obligations subsidy programmes, most solar farms deployed were up to 5MWp in terms of installed capacity, although there were some very large individual projects of 30MWp up to around 70MWp.

From 2022, very large solar farms of around 50MWp will be the norm, while construction of the first solar-mega farm, above 100MWp, is scheduled to start. In total, we estimate there is around 40GWp of utility-scale solar farm projects of 5MWp+ in the pipeline which includes many proposed developments of at least 100MWp rising to 600MWp.

The sector is drawing in considerable sums of private capital, primarily through solar funds listed on the London Stock Exchange and managed by renewables investment management companies such as Octopus Renewables, Bluefield Partners, Greencoat Capital and Foresight. With increasing interest from both private and public sector organisations in increasing their sourcing of solar power, growth in deployment of utility scale solar PV capacity will be exponential.

When solar farms started appearing on the UK landscape after the launch of the Feed in Tariff in 2010, the larger ones were sited on farms with capacities up to 249 kWp. Although the Renewables Obligation had been going since 2002 it wasn’t till 2014 that growth in solar farm capacity accelerated. However, the closure of the RO to solar PV a couple of years led to a quick decline in the rate of deployment. However, during those three years the size of solar farms increased, firstly to 5MW, then up to 50MW and finally as high as 70MW.

Currently, there are many proposed post-subsidy schemes in the pipeline as large as 600MW. The huge size of these is partly driven by economies of scale requirements. In 2022, the first solar mega-farm is to go on-site having got consent in May 2020; the 350MW Cleve Hill Solar Park in Kent.

Over the last 3 years there has been a large increase in the numbers of both solar farm investment vehicles and developer start-ups. From 2022, several of the big utilities companies will be rolling out 50MW+ sites including EDF, Scottish Power and SSE.

Connect with Abdul on Social